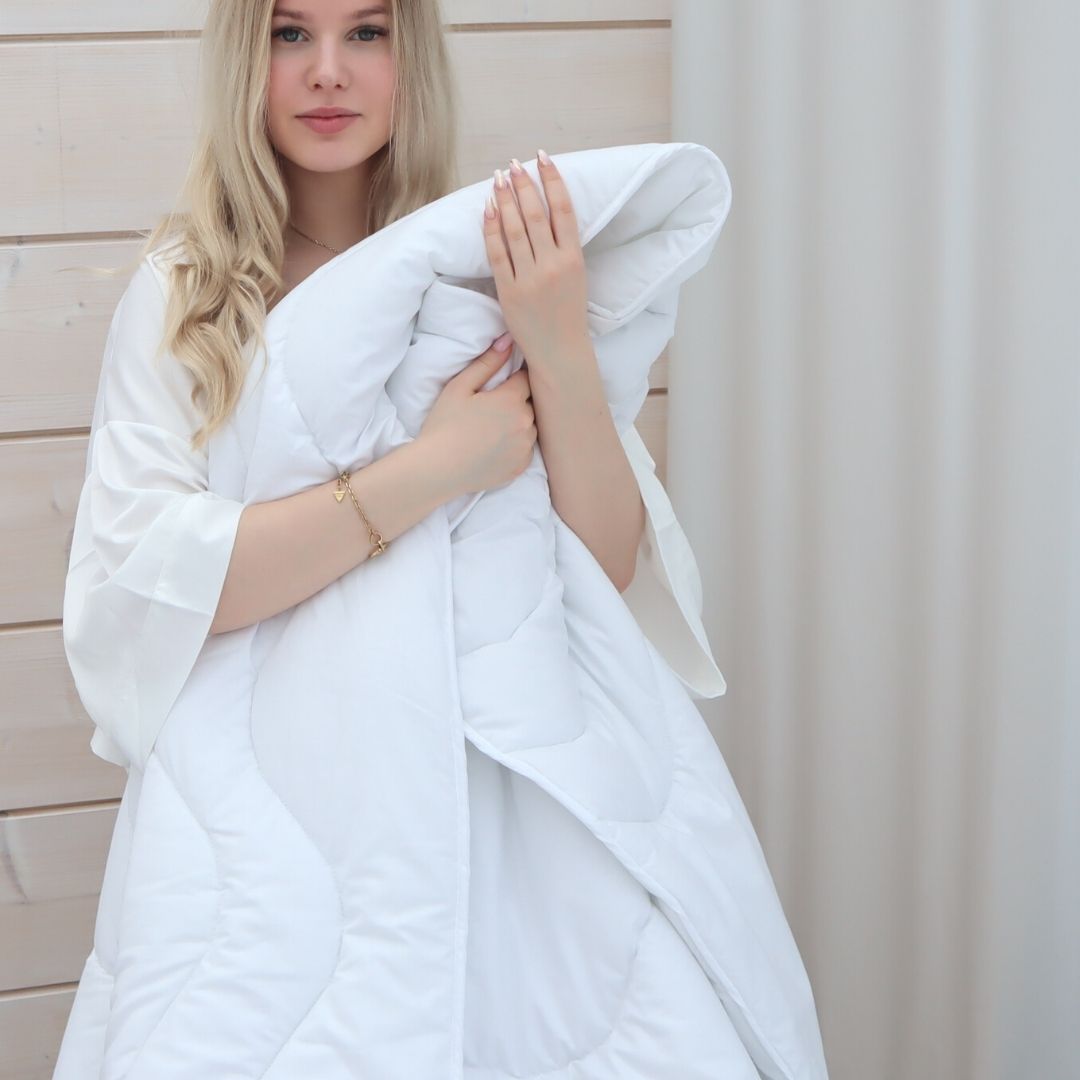 Posted at 15:06h in Examples by Anumaria Salminen
0 Likes
Share

Univisio is a Finnish company that manufactures bedding textiles – such as blankets, pillows and sheets. The products are manufactured in Finland and the largest customer base consists of various companies and central stores as well as the public sector. Univisio’s products have long used polyester fibre and fabric made from recycled, clean PET bottles, but now the company is also researching the recycling of its own by-products into new products. As a result, Univisio has started cooperating with Rester Oy, which processes textiles into recycled fibres. Univisio will supply Rester with the surplus from its own manufacturing processes, which will be used in the future to manufacture bedding textiles.

“The intention of the entire company is to be able to reduce the impact on the environment and reuse materials,” says Mervi Parkkonen, Univisio’s factory manager.

“We have suppliers with whom we have been cooperating for decades, which is a good thing also because they know what we want,” says Tarja Huhtaniemi, Univisio’s purchaser and sales manager.

Univisio’s customers have also expressed interest in products made from recycled materials and wanted the opportunity to recycle end-of-life products. Long and confidential relationships with both suppliers and customers, as well as the company’s small size and agility, have been central to the introduction and development of recycled materials. In addition, their own factory has enabled flexible product development and material testing.

However, working with new materials would not be possible without the commitment of the staff.

In regard to the fibre made from Univisio’s own by-products, development work is still in progress, but having worked with recycled polyester, they have both experience and faith in the process. The utilisation of recycled materials is seen by the company as a competitive advantage and, with future legislation, for example, as a necessity.

For companies interested in recycled fibre, Parkkonen and Huhtaniemi hint at the importance of networking and partnerships. Exchanging ideas with other companies and committing to the process are key to success.

“You have to be persistent, it doesn’t happen in an instant,” Huhtaniemi concludes.